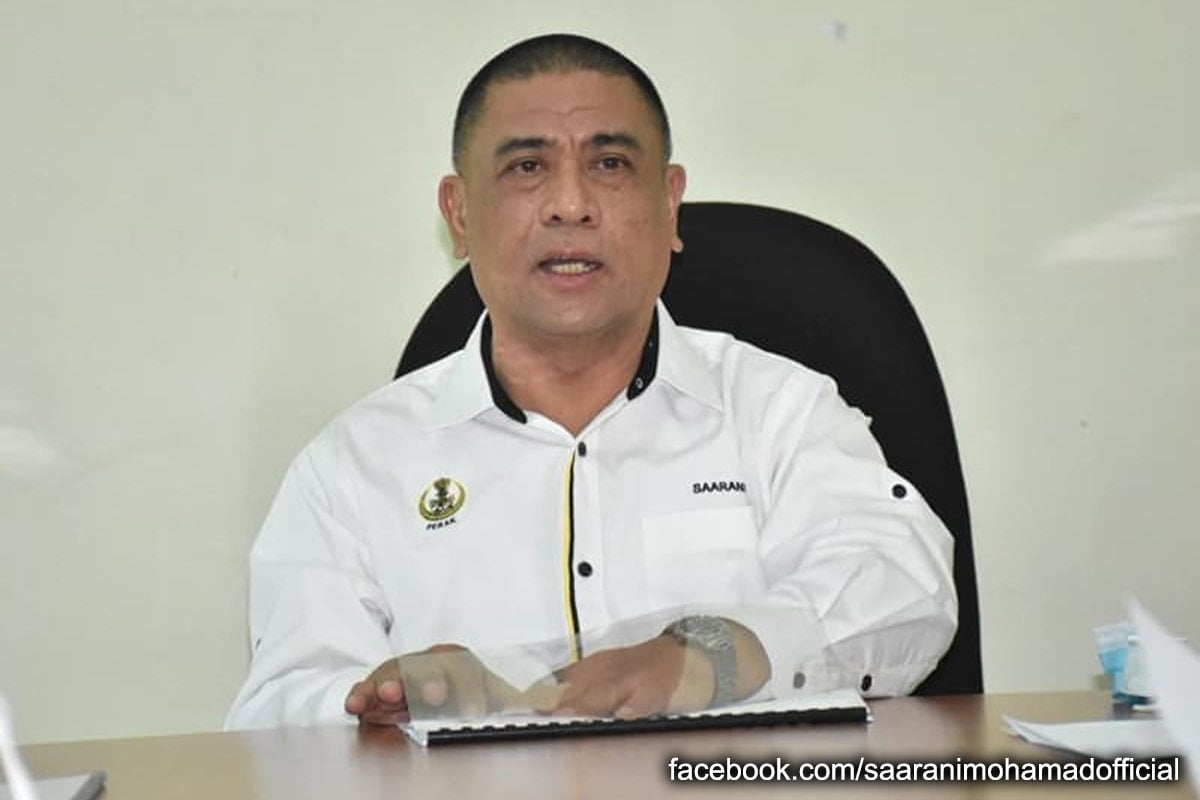 KUALA LUMPUR (Dec 9): Parties within the Perikatan Nasional coalition — Umno, Bersatu, and PAS — have agreed to nominate Kota Tampan ADUN Datuk Saarani Mohamad from Umno as the coalition's Perak chief minister candidate to be proposed to the Sultan of Perak.

The decision was reached following a meeting between the presidents of all three parties — Tan Sri Muhyiddin Yassin for Bersatu, Datuk Seri Ahmad Zahid Hamidi for Umno, and Datuk Seri Abdul Hadi Awang for PAS — as well their respective secretaries-general earlier this afternoon.

"In the spirit of PN cooperation, the three parties have agreed to propose YB Datuk Saarani Mohamad as the new Menteri Besar of Perak to be approved by His Majesty Sultan of Perak.

"Today's meeting also led to a consensus on other appointments within the state government," read a joint statement signed by the respective secretaries-general — Datuk Seri Hamzah Zainudin for Bersatu, Tan Sri Annuar Musa for Umno, and Datuk Takiyuddin Hassan for PAS.

The three parties also agreed to further strengthen cooperation within PN in the Perak state government as well as at the federal level for the sake of political stability and the well-being of the people.

It was also noted in the joint statement that during the meeting, Barisan Nasional chairman Zahid had apologised on behalf of the coalition’s assemblymen in the state for the “mistake” that has led to the menteri besar crisis.

Previous Perak menteri besar Ahmad Faizal Azumu was ousted after a confidence motion brought before the state assembly was defeated by 48 votes against and 10 votes for with one spoilt vote. The motion was tabled by Pengkalan Baru assemblyman Abd Manap Hashim of Umno.

Following that, Sultan Nazrin Muizzuddin Shah of Perak had summoned leaders and several assemblymen on Monday to Istana Kinta in Ipoh to find out who commanded the majority in the state legislative assembly.

After a whole day of meeting with the assemblymen, palace official Datuk Seri Mohd Annuar Zaini said the Perak Ruler was not convinced any party had sufficient majority to form a new government.

However, speaking to the press after his meeting with the Sultan, Zahid insisted that Umno's candidate, Saarani, had the backing of the majority of the state lawmakers.