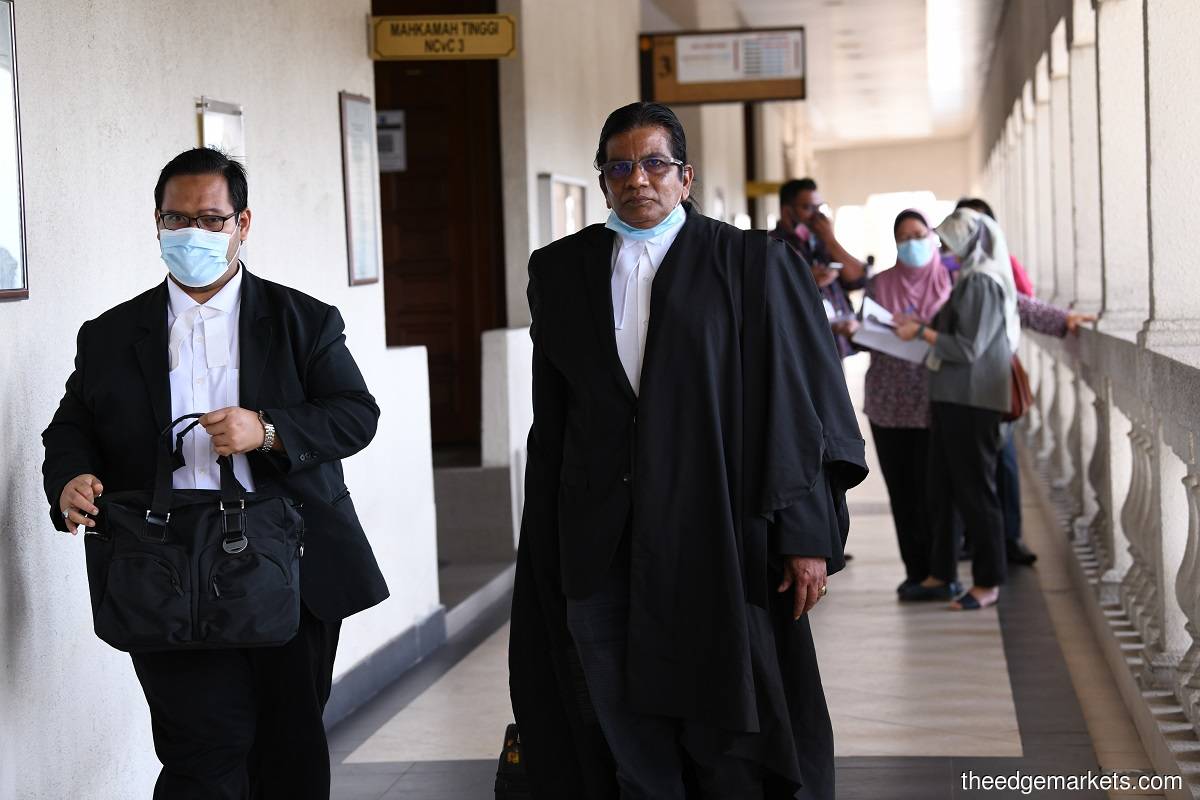 KUALA LUMPUR (Dec 9): The High Court has fixed Jan 13 to give its decision on Jepak Holdings Sdn Bhd's former managing director Saidi Abang Samsudin's bid to strike out a lawsuit brought against him by his former partner Rayyan Radzwill Abdullah.

Justice Datuk Ahmad Bache also fixed the same day to deliver his decision on Rayyan's application for a summary judgement in the case, which is linked to the controversial RM1.25 billion solar hybrid energy project for rural schools in Sarawak.

Former premier Datuk Seri Najib Razak's wife Datin Seri Rosmah Mansor is separately on trial for alleged corruption relating to the project. Rayyan and Saidi have both appeared as witnesses in the criminal trial.

Justice Ahmad said he will deliver his decision on Jan 13, either via e-review or email to the parties concerned.

Rayyan, who purportedly helped Jepak Holdings secure the solar hybrid project, has claimed that he was appointed a consultant by Saidi in early 2016 to draft a working paper relating to the project.

Rayyan, 40, claimed he was promised, in a verbal agreement, that he would receive RM10 million if Jepak Holdings bagged the contract.

Jepak Holdings was eventually awarded the job on Nov 10, 2016, with the project said to be worth RM1.25 billion over a period of three years.

According to Rayyan, he asked Saidi to pay the RM10 million service fee for his help in securing the project, but the latter was reluctant to do so.

On Aug 10, 2017, Rayyan received RM1 million for his services from Saidi. The former then asked for payment of the remaining RM9 million but did not receive it.

Rayyan alleged that Saidi had not paid him the outstanding amount, which led him to file the suit to seek the remaining RM9 million as well as an additional RM20 million in lost investment opportunities and business, general damages, interests and costs.

Saidi, however, claimed that he had only promised to pay Rayyan RM1 million for his services, and that Rayyan had agreed to the amount.

Saidi also denied any oral agreement between him and Rayyan concerning the RM10 million.

The solar hybrid project, which sparked the legal dispute between Rayyan and Saidi, is central to Rosmah's corruption trial, in which she is battling three counts of graft for purportedly receiving a total of RM6.5 million from Saidi to help him secure the contract.

She allegedly received the money at her Jalan Duta home and the prime minister's official residence in Putrajaya between January 2016 and Dec 20, 2017.

Besides this civil suit, Jepak Holdings has also filed a suit against the Ministry of Education for the termination of the solar hybrid contract in 2018.

Jepak Holdings is also seeking to be placed under judicial management (which is a debt restructuring method that a qualified insolvency practitioner is appointed an independent judicial manager to rehabilitate a financially troubled company) and for a winding-up petition filed against it to be dismissed.