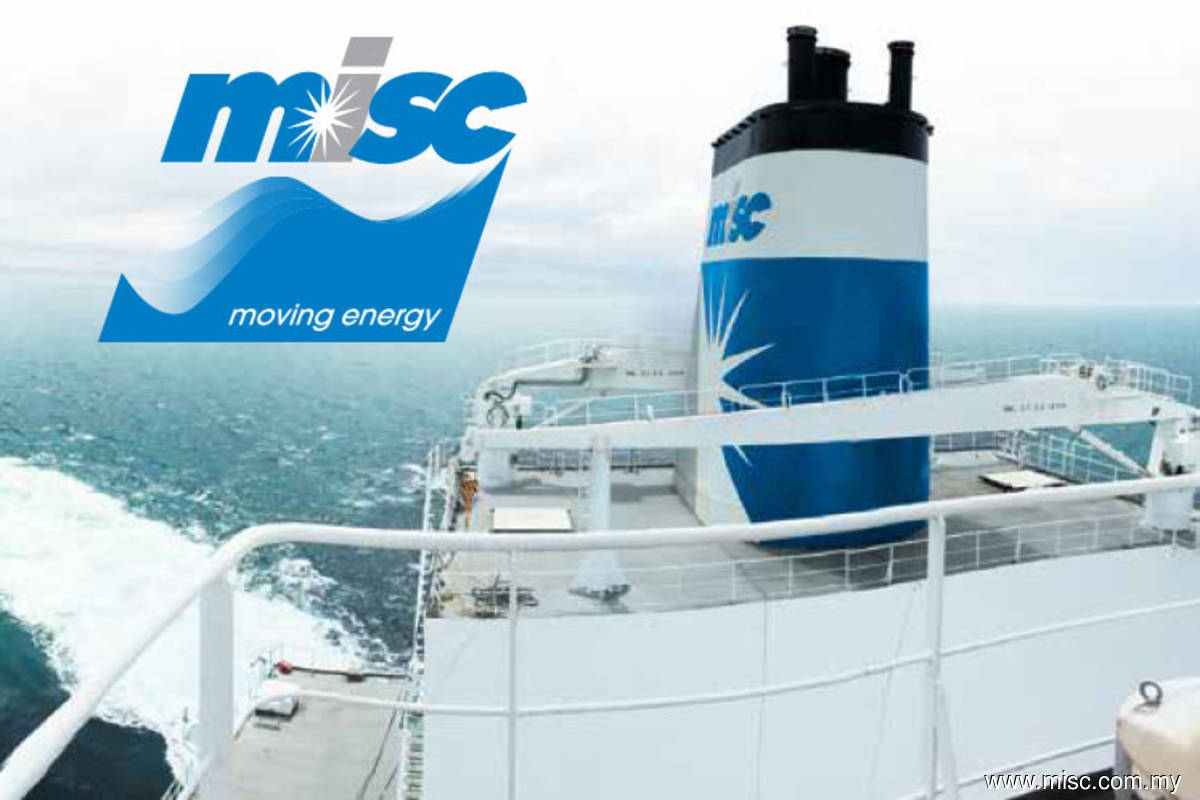 KUALA LUMPUR (Dec 7): CGS-CIMB Research has uppgaded MISC Bhd to "add" at RM6.97 with a higher target price (TP) of RM7.63, from RM7.47, following the Organization of the Petroleum Exporting Countries+'s (OPEC+) decision to increase production by 0.5 million barrels per day (mbpd).

In a note last Friday, the research house said that the OPEC+ decision was made due to tanker rates being now at an upward inflection point.

The research house said the higher TP for MISC was given after raising its valuations of MISC’s tanker vessels on higher-than-expected second-hand values.

CGS-CIMB also raised its core earnings per share (EPS) estimates for the financial year ending Dec 31, 2021 (FY21) and FY22 by 4% as it pencilled in a tanker rate recovery in FY21.

Analyst Raymond Yap wrote that tanker freight rates peaked in March to April following the oil price crash born out of the Saudi-Russian price war, which resulted in restocking demand in China and a surge in demand for vessels to act as floating storage for all the surplus barrels.

However, OPEC+’s production cuts from May 1 at 9.7 mbpd, then to 7.7 mbpd from Aug 1, gradually drained global inventories from the third quarter of this year (3Q20) onwards, reducing demand for transport of oil and freeing up floating storage vessels that added to the freight market surplus. Yap highlighted that tanker freight rates remained extremely depressed even today.

According to Yap, conditions are suggesting that tanker rates could mount a recovery asSuezmaxandAframaxrates have recovered to a certain extent on the return of Libyan oil production and exports over the past six weeks after the civil war players decided to make peace.

“More importantly, OPEC+ decided yesterday to raise collective production levels by 0.5 mbpd from Jan 1 (tapering cuts to 7.2 mbpd) instead of extending the current production cut of 7.7 mbpd until March 31, which is good news for the tanker markets,” Yap opined.

He noted that the International Energy Agency (IEA) and the US Energy Information Administration (EIA) both expect oil demand to recover from 2Q21 onwards as the roll-out of Covid-19 vaccines may ease lockdowns, boost transportation fuel demand and encourage OPEC+ to ease production cuts further.

Yap views that by 2Q21, floating stage levels would have already been reduced significantly to allow tanker freight rates to rise on a stronger basis. Meanwhile, the crude tanker order book as a percentage of the outstanding fleet is at a multi-year low. Therefore, a demand recovery will directly flow through to higher tanker rates without interference from additional new-building supply.

“Separately, we expect MISC to gain from capacity growth in FY21, benefitting from the full-year contribution of a very large ethane carrier (VLEC) delivered in October (plus five more in the first half of 2021 or 1H21), full-year contributions from seven shuttle tankers delivered throughout FY20 (as well as one more in 2H21), and two LNG (liquified natural gas) carriers to be delivered in FY21. While MISC is likely to report a weak 4Q20 result on low tanker rates, investors can position for the coming tanker rate upturn in FY21,” he noted.

He expects MISC to deliver another set of weak quarterly results for 4QFY20 as spot tanker rates have dropped even lower so far. Up to 51% of MISC’s AET TankersAframaxfleet found itself trading in the weak spot market during 3QFY20 (versus 33% in 1HFY20). Also, MISC has guided that its LNG dry-docking activity will pick up further in 4QFY20.