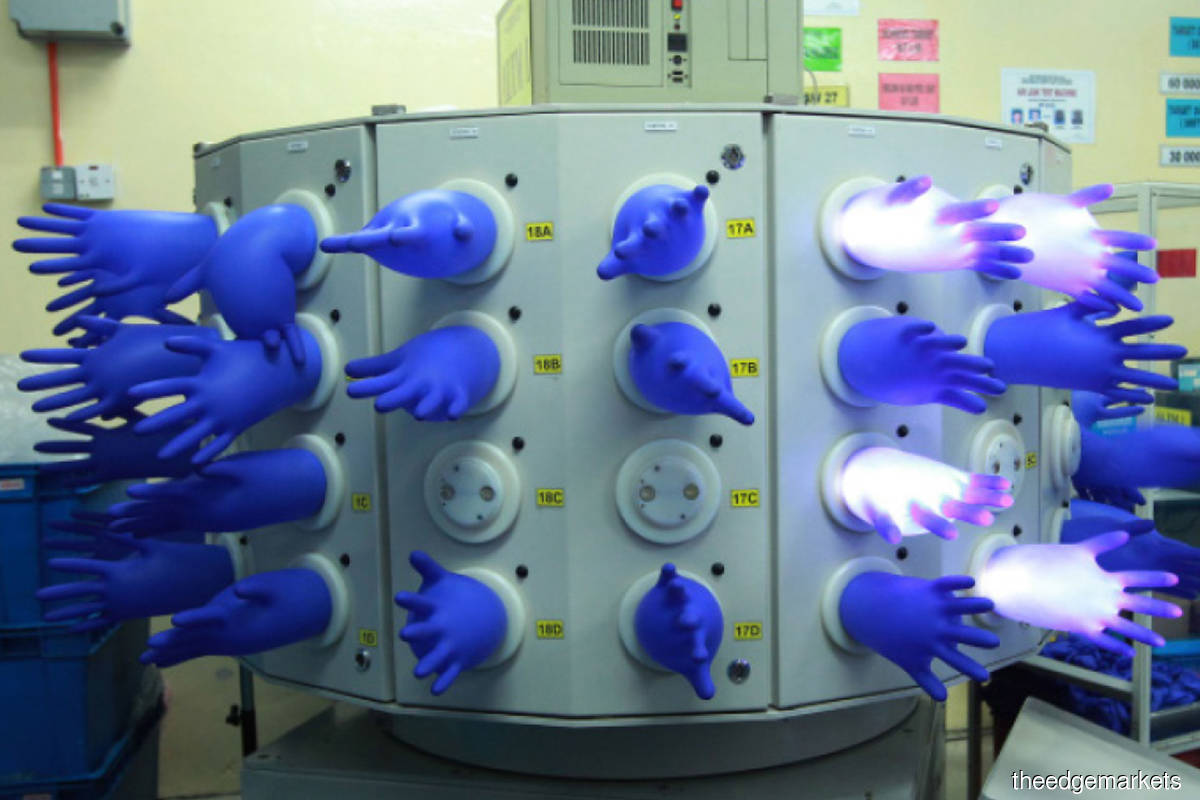 THE slew of news reports pointing to encouraging progress in the development of Covid-19 vaccines is weighing on glove stocks as investors shift from a pandemic play to a recovery theme.

With several vaccine candidates reportedly highly effective at preventing Covid-19, what is the chance of a rebound for glove stocks, which have enjoyed massive gains since early this year?

An analyst believes the glove sector, which comes under his coverage, has not disappeared from investors’ radar screens yet, although the stocks are expected to remain weak in the short term owing to market sentiment and the current news flow.

“We still have an ‘overweight’ call on the sector. The supply-demand dynamic for the next two years, at least, will not be back to pre-Covid-19 levels. Also, infections have not come down yet and vaccines are not 100% effective. I believe the glove theme will come back. It is just a matter of time,” he tells The Edge.

Moreover, he thinks the average selling prices (ASPs) of gloves can be sustained at current levels for at least another year. “The ASPs have been locked in for 1Q2021 and are unlikely to drop in 2Q2021 and 3Q2021. So, the super earnings for 2021 are guaranteed. You can’t ignore these super earnings,” he says.

Optimism about a break in the pandemic cycle is in the air after Pfizer and Moderna boasted that their vaccines have high rates of effectiveness. Pfizer claimed that its vaccine, co-developed with BioNTech, was more than 90% effective in early analysis while Moderna’s experimental vaccine was 94.5% effective.

The analyst says stocks such as Hartalega Holdings Bhd and Kossan Rubber Industries Bhd are still playing catch-up in terms of ASPs, especially for 1Q2021. “On a quarterly basis, it will be at least 40% higher for Hartalega and Kossan for 1Q2021 versus 4Q2020. There is no guidance yet for Top Glove, but it is still on an uptrend.”

However, Supermax’s ASP growth is projected to be flattish at 5%, as it was the most aggressive player previously, owing to its own brand manufacturing model.

The analyst believes Kossan and Hartalega are safer bets as their downside risks are more limited than those of Supermax, the stock price of which has gained more than 1,000% year to date (YTD). Supermax’s quarter-on-quarter earnings growth has also slowed compared with its peers. “When ASPs start coming down, the first mover — which is Supermax — will be hit first,” he adds.

In his view, Kossan remains attractive. The glove maker’s annual production capacity is expected to rise to more than 40 billion pieces from 32 billion pieces this year.

“The YTD share price gain for Kossan is close to 200%, but it is making close to 20 years of profits in just these two years,” the analyst observes.