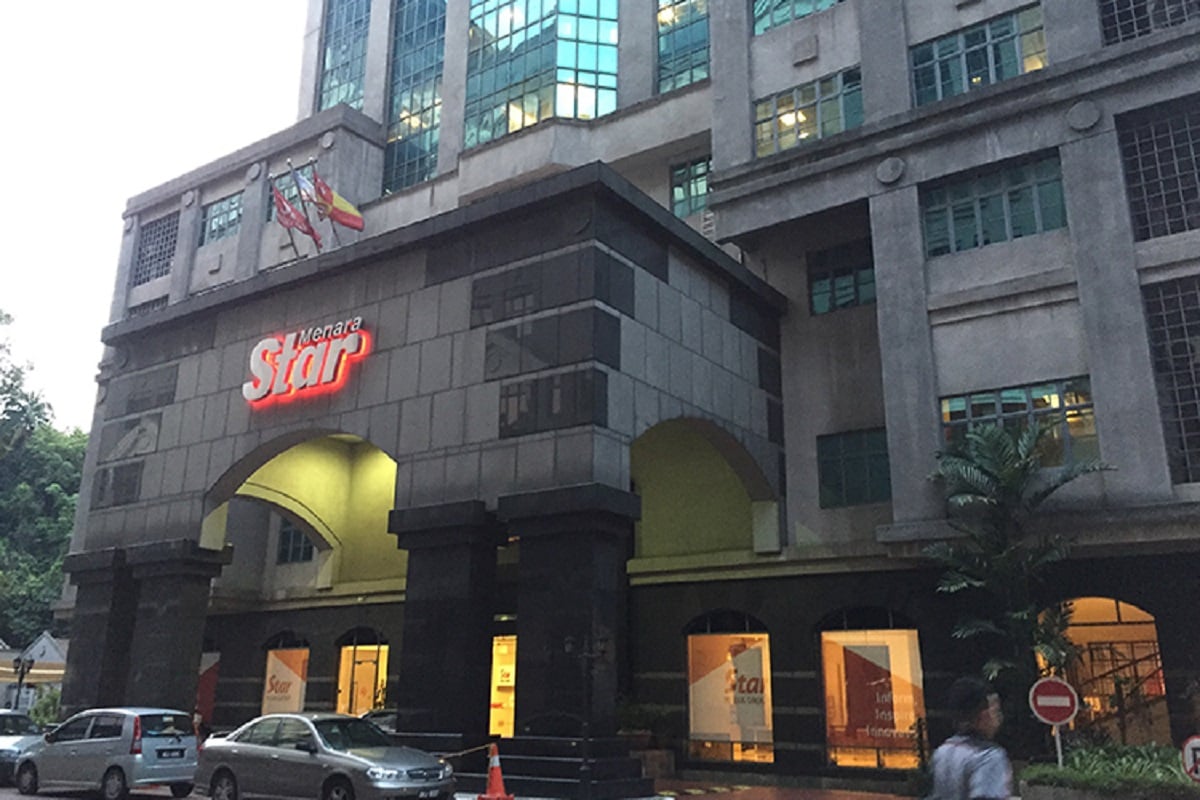 KUALA LUMPUR (Nov 13): Some analysts have projected Star Media Group's losses to widen as the resurgence of Covid-19 cases and further movement curb extensions across Malaysia into December dampen prospects, while an expected round of redundancies adds to costs.

According to them, the group's third quarter ended Sept 30, 2020 (3QFY20) results came in below consensus, as the group's net profit of RM26.92 million in 3QFY20 from RM250,000 a year ago was largely thanks to a one-off gain of RM50.4 million as the compensation was for late delivery of vacant possession of an investment property under construction (IPUC) from Jaks Island Circle Sdn Bhd (JIC), a subsidiary of JAKS Resources Bhd.

"This brought its 9M20 core net loss to RM54.5 million, which was more than double our forecast for FY20F. While 9M20 sales were largely in line with our full-year forecast, the deviation in 9M20 core net profit was due to higher-than-expected depreciation and tax changes. We had assumed Star’s deferred tax asset could help mitigate its losses, but the arbitration damages were subject to income tax," said CGS-CIMB analysts Kamarul Anwar and Mohd Shahnaz Noor Azam.

They widened FY20's projected loss per share by 114% after adjusting their depreciation and amortisation estimates, and removing the tax assets from their assumptions.

Citing a report by theedgemarkets.com that the media group is expected to carry out another retrenchment exercise in the fourth quarter (4Q), they estimate a compensation payout of between RM12.3 million and RM15.7 million, based on earlier payments in 2017 and 2018.

They expressed reservations about the group's long-term direction if it continued to cut costs and employees, as they believed that there is "strength in numbers" in a competitive news environment.

In addition, they were also pessimistic about Star's e-commerce foray, citing the oligopolistic landscape and the fact that its biggest players such as Lazada and Shoppee are still unprofitable.

However, they maintained their "add" rating while trimming its target price by 2 sen to 50 sen.

"Star’s deep-seated value lies in its net cash/share of 49.2 sen (154% of share price). It also has choice real estate with NBV [net book value] of RM158.8 million, or 21.5 sen/share. A near-term upside risk for Star is a bumper dividend — above our 0.5 sen FY20F DPS [dividend per share] — especially after receiving the arbitration damages," they said.

Meanwhile, AmInvestment Bank maintained its "underweight" rating on Star Media Group, while trimming its fair value to 27 sen from 31 sen prior.

"We project wider losses of RM70 million for FY20F (previously RM58 million loss) as we expect its print and digital segment to continue its weak performance into 4Q, while projecting narrower FY21F-FY22F in anticipation of gradual adex [advertising expenditure] recovery as Covid-19 restrictions ease further," it said in a note.

"We remain cautious on Star’s unexciting prospects where declines in its traditional media segments which have been worsened by Covid-19 impacts are yet to be mitigated by growth in its digital earnings due to difficult monetization amidst intense competition.

"Furthermore, the group’s over-the-top platform dimsum is still in its gestation period. Nevertheless, the group has a net cash of RM359 million and no borrowings as at Sept 30 which will enable it to weather through these difficult times," it added.

Meanwhile, MIDF Research said the revenue loss from reduced advertising spending has worsened as the market continues to be soft due to the pandemic despite most economic activities being allowed to resume.

"Taking all these into consideration, we postulate that businesses across all major sectors are to continue being cautious on their advertising budget as a way to conserve their cash flow. As a result, we continue to anticipate downward pressure on the group’s earnings given its high degree of operating overheads," they said.

The research house also noted that while Star foresees growth in its digital revenue despite challenging market conditions, its traditional media contribution is decking faster and is not adequately mitigated by its digital earnings growth, due to fierce competition.

"Given the continued below-than-expected results along with persistent negative effects of the Covid-19 pandemic on the adex environment, we have deepened further our FY20 and FY21 loss forecasts to RM80.6 million and RM33.5 million respectively," it said.

MIDF Research is maintaining its "neutral" rating, due to its cost-cutting measures as well as its big cash pile and absence of borrowings which allows it to pursue merger and acquisition opportunities to diversify its income streams more quickly. However, it is cutting its target price to 30 sen from 32 sen earlier.

However, Hong Leong Investment Bank was slightly more upbeat on the group's prospects, saying its 3Q results came in above expectations.

"Adex showed a slight uptick on the back of economic recovery crawling back to normalcy. We opine that this was due to advertisers ramping up engagement in tandem with the relaxation of MCO," said its analyst Syifaa'Mahsuri Ismail.

However, she warned that the third wave of Covid-19 infections and CMCO in most states could dampen sentiment and cause ad spending to taper.

Meanwhile, a largely home-based audience could impede its print distribution and radio broadcast even further, she added.