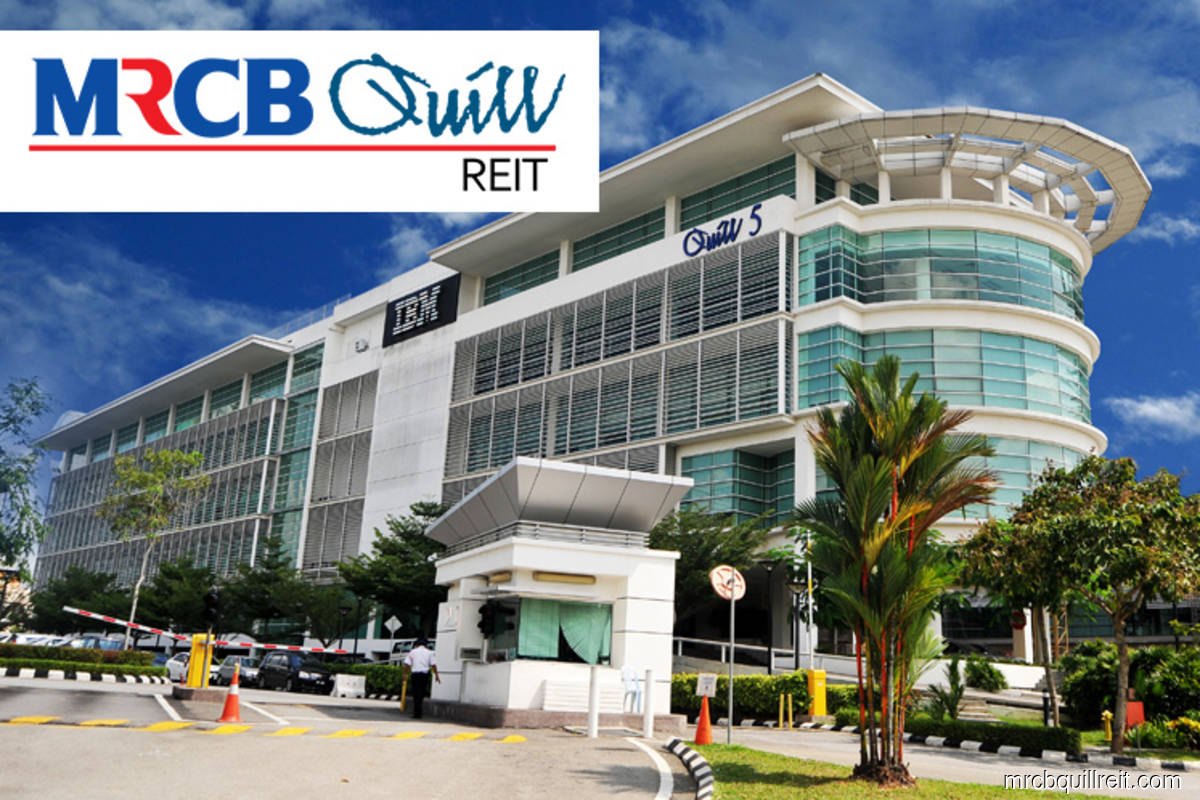 He expects risks of a negative portfolio rental reversion to be low for MQREIT, backed by its 90% renewal rate.

"We gathered that at end-3QFY20, rental reversion should be manageable and could stabilise at the positive lower single digits in FY20," he said.

While the reinstatement and extension of the Conditional Movement Control Order have raised concerns over the recovery prospects of overall Malaysian REITs, he believes the risk of further revenue loss in 4QFY20 for MQREIT from potential rental assistance is minimal.

"Only 4% of MQREIT's total portfolio net lettable area comprises retail tenants — which are likely to be granted rental assistance albeit at a smaller quantum compared to 2QFY20," he said.

He raises MQREIT's FY20 to FY22 earnings per share or dividends per share by 13% to 20% after imputing stronger rental income in the second half of FY20 to capture the impact of diminishing rental assistance and rebates, an increase of 1% on average rental reversion for FY20, higher NPI margins of 76% to 77% for FY20 to FY22, and lower finance cost to reflect the refinancing of commercial papers and term loan due in 2020.

"This and the 9MFY20 results outperformance drive our upgrade of MQREIT from hold to add. Our dividend discount model-based target price rises to 85 sen (from 77 sen) due to the higher DPS forecasts and rollover to end-CY21 (calendar year 2021)," he said.

Meanwhile, Kenanga Research's Marie Vaz maintains an outperform call on MQREIT with a higher target price of 82.5 sen (from 80 sen).

"The group's 9MFY20 realised net income of RM60.3 million came in above our and consensus expectations as we were more conservative, expecting higher rental rebates for tenants," she said.

She increases the group's FY20 to FY21 core net profits by 7% each to RM78 million to RM82 million on lower rebates and slightly better occupancy.

"Its gross yields are attractive at 9%, well above Malaysian REITs under our coverage, with an average of 5.4%," he said, adding that MQREIT has proven to be more stable than its peers given that it operates within the formidable office segment.

"We expect earnings to be supported by its assets with long-term tenants, i.e. Platinum Sentral, Menara Shell, QB1, QB4, QB2 and Tesco Building. These assets contribute about 51% to our FY20 to FY22 revenues," he said.

MQREIT announced yesterday that its 3QFY20 net property income rose 9% to RM32.4 million from RM29.74 million a year earlier as the property trust registered higher revenue from its real estate assets here and in Penang and as group property operating expenses decreased.