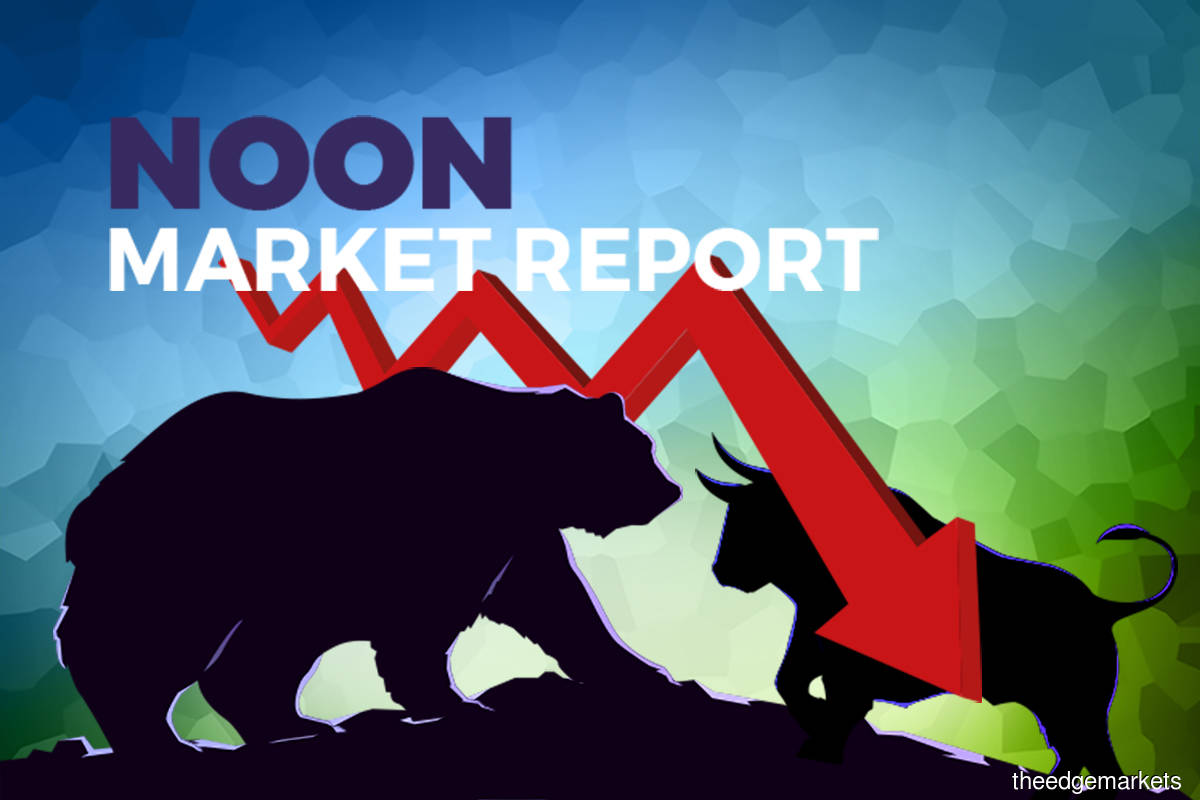 KUALA LUMPUR (July 24): The FBM KLCI fell 1.04% at the midday break today as tensions escalated between the US and China with the latter ordering the US to close its consulate in Chengdu in a tit-for-tat move.

Market breadth was negative with losers leading gainers by 480 to 225, while 635 counters traded unchanged. Trading volume was 5.85 billion shares valued at RM3.09 billion.

Bloomberg reported that China ordered the US to close its consulate in the southern Chinese city of Chengdu, the Foreign Ministry said in a statement today, after the American government forced China to leave its mission in Houston earlier this week.

Meanwhile, Reuters said Asian shares slipped from six-month peak today as Sino-US tensions soured in what had been an upbeat week, while the euro held a 21-month top against an embattled dollar and gold neared a record high.

For once, currencies dominated trading as a deal on a European Union recovery plan shot the euro to its highest since late 2018. The single currency was last standing tall at US$1.1611, having climbed 1.6% for the week so far, it said.

It said that earlier, European stocks ended mixed amid rising tension between the US and China as well as quarterly result announcements.

"Following the lacklustre performances in the US and Europe, the FBM KLCI could remain sideways below the resistance of 1615 points," it said.