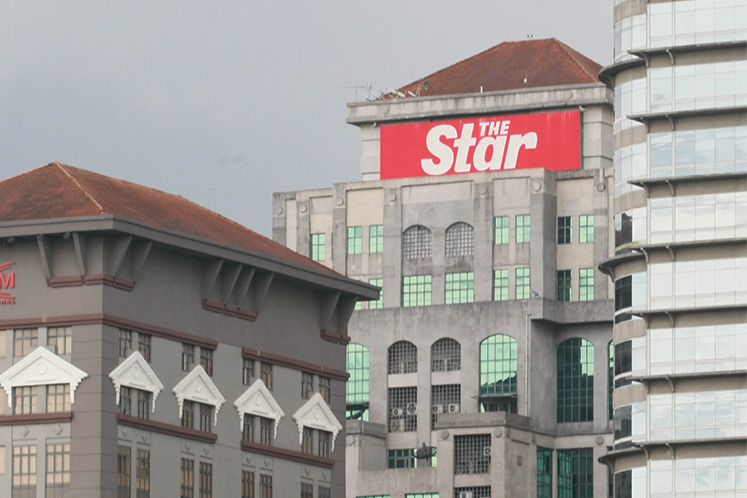 In a note today, CGS-CIMB analysts Kamarul Anwar and Mohd Shanaz Noor Azam said Star’s cash hoard stood at RM398.6 million, or 54 sen a share, as at end-March 2020 and that the company also has real estate with a net book value of RM158.8 million or 21.5 sen a share.

"Our TP (at 52.4 sen) values Star at 0.5x FY21F P/BV (price/book value), which is the media sector’s three-year mean. Star’s cash pile alone is 48% higher than its latest closing (share price). It had no outstanding borrowings. The annualised 1QFY20 (first quarter ended March 31, 2020) operating expenditure after eliminating non-cash items came to RM250.2 million, or RM20.9 million/month. Star’s cash pile is enough to cover 19 months of its operations in the unlikely scenario of zero sales coming in.

"Armed with RM398.6 million net cash, the group said it is on the lookout for merger-and-acquisition (M&A) opportunities. We would rather Star be the subject of M&As or privatisation instead of the buyer. That would give it an immediate-term catalyst. Reiterate 'add',” Kamarul and Mohd Shanaz said.

CGS-CIMB’s “add" call indicates that a stock’s total return is expected to exceed 10% over the next 12 months.

The research firm’s note today followed the announcement on Star’s 1QFY20 financial results on Friday (May 29).

Today, Kamarul and Mohd Shanaz said it was a foregone conclusion that Star would slip into a net loss in 1QFY20. They said the group was only able to stay profitable in the past few quarters thanks to its other operating income, comprising mostly investment income.

"The movement control order (MCO in Malaysia) kicked off in the last two weeks of March 2020, prompting advertisers to renege on their buying commitments. Star’s net loss of RM4 million was equivalent to 20% of our FY20F’s net loss forecast. We project wider losses in the subsequent quarters as we noticed that advertisement buys became sparser as the MCO progressed. Thus, we are keeping our FY20-22F forecasts,” they said.