The ultimate vintage unicorn is not a Ferrari. It is a Bizzarrini 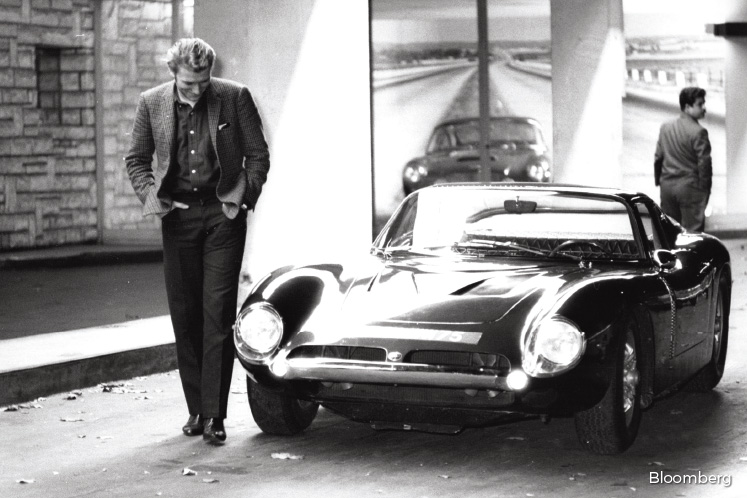 There is a theory that all the best cars have names that are fun to say.

FerrrRRRRari. (Use your hands.) MUS-tang. (Say it with a growl.) Cor-VETTE. (It forces your mouth into a smile, even as you say it.)

The same applies to Bizzarrini, the obscure Italian marque that produced fewer than 200 cars for four years in the 1960s. Say it the way your Italian grandmother pronounces a favourite dish of pasta: BITZAaRRini!!

Conceived by the same man who engineered the now multimillion-dollar 1950s racing Ferraris that form the pinnacle of the blue-chip collectable car world, Giotto Bizzarrini’s eponymous brand stands among the greats. Experts call it the evolution of Ferrari — a unicorn obtained only by those who work for years to afford, locate, and then charm one into their stable. The world’s wealthiest collectors hoard Bizzarrini cars the way Gollum guarded the Precious.

Bizzarrinis occupy a strange space in the collecting world. They are rare, of course, and often mistaken for Ferraris. Unless you are deep into that world, you probably have not heard of them. They were beloved for their low, curvy bodies and sporty, loud, adrenaline-junkie performance, influencing the design of such other famous, late-1960s-era cars as the Pantera and Mangusta, both made by Alejandro de Tomaso. But they were also derided in their day for being anti-Ferrari because they were made by Giotto Bizzarrini, who had departed that company under sour terms. (Bizzarrini had led an infamous “palace coup” at Ferrari in 1960, when he and four other key Ferrari staff members staged a walkout to protest internal politics).

These days, enthusiasts such as Chuck Wray, an accomplished mechanic who specialises in Italian race cars, call Bizzarrini “the thinking man’s Ferrari” because they share obvious design cues and styling elements but are even rarer and more difficult to authenticate.

“The Bizzarrini is an evolution to the Ferrari,” Wray told a group of collectors at a Road Scholars forum in January in Scottsdale, Ariz. “My father had been a mechanic, so I had grown up with Ferrari GTs and had fallen in love with Italian cars. And when I found out about Bizzarrini, it was just … wow! That was the next level.”

It took no time after his walkout for Bizzarrini to find work. Almost immediately, he started consulting for other Italian car brands, including Lamborghini and Iso. At Iso, he styled a chassis for the made-in-America Chevrolet V8 engine that became famous for powering the Corvette. The Iso Grifo cars were legends, having raced through the 1964 season at the 12 Hours of Sebring and winning a First in Class at the 24 Hours of Le Mans. These days, they sell for US$400,000 (RM1.7 million) to US$800,000 at auction. More importantly, given our purposes here, one of the aluminum-bodied Iso A3/C race cars became the blueprint for the first in Bizzarrini’s line of self-branded cars. He called it the Bizzarrini GT 5300 Strada.

The GT 5300 Strada was special: It had had the ultra-low, wide styling of the A3/C with a front-mid-mounted, 365-horsepower Corvette V8 engine and a four-speed manual gearbox. Its front fenders swooped like bananas over the wheels; its side vents breathed like gills on an eel. The car is incredibly low, the interior incredibly small — you will be lucky to get in if you have back or knee issues or a gut. It possesses no such modern comforts as power steering or crisp, biting brakes. But on the racetrack, the Strada was known for blazing, deafening speed and sophisticated handling that could match all comers among its Italian compatriots.

Most were built with aluminum-alloy body work; others at that time used fibreglass panels over a pressed steel platform chassis. The original GT 5300 that was sold in the US cost US$10,500, roughly US$78,500 at today’s rates, according to Hemmings’s Mark McCourt. The 1900 GT Europa and P538S would follow before Bizzarrini was declared bankrupt in 1969. (At age 94, Bizzarrini currently lives in Italy, teaches, and continues to build cars as personal projects and commissions.)

Rare in the wild

Bizzarini is such a rare brand that classic car insurer Hagerty barely compiles its model history data. The most recent sale on record at Hagerty was in 2018; other notable sales took place in 2014, 2013 and 2009. (Additional sales may have happened more recently, though data on them is not clear).

“Consignments at auction peaked in 2015, at five,” says John Wiley, Hagerty’s senior analyst. Only one was publicly consigned in 2018 and one in 2019, he noted. (The 2019 consignment is a race car prototype that does not fit within the Hagerty database architecture, Wiley says).

Most career car guys have never seen one in the wild. The cars exist by hearsay and ghost stories, literally. One Bizzarrini Chassis 0254 was hidden in Pennsylvania for 30 years in a garage watched over by a benevolent spirit-at least, according to its owner. That car is in line to be restored by Paul Russell and Co in Essex, Massachusetts, and set to be sold for what will undoubtedly be a king’s ransom.

Meanwhile, half the people who think they have seen a Bizzarrini saw a fake. In 2018, RM Sotheby’s pulled a white Bizzarrini 5300 Strada, chassis 0323, from its Paris auction after the guy who owned the real car-also chassis 0323-showed up. A representative from RM Sotheby’s did not respond to a request for comment.

The discrepancy is rampant: At the 2018 RM Sotheby’s auction in Paris, the 1900 Europa on sale was catalogued as being from 1968. But it is listed in Hagerty’s records as a 1967. “It is plausible that replicas were built,” says Wiley.

Indeed, RM Sotheby’s sold that car for €212,750 (RM1.1 million) at the 2018 sale. But records of just how many were made, and when, are scarce. Hagerty’s historian, Glenn Arlt, uses a book published in 1970, The Complete Encyclopedia of Automobiles: 1885 to the Present, to corroborate his data. According to Arlt, Bizzarrini built 15 Europas during the 1960s. After the company went bust, automotive scavengers co-opted the handful of extraneous body shells and over the next 40 years built them out into complete cars — to varying degrees of fidelity, although none is legitimate. In one official register by Jack Koobs de Hartog, three Bizzarrini 1900 Europas share the same chassis number.

“It’s a minefield,” says Steve Serio, an automotive broker who has sold nine in his three-decade-long career. If a Bizzarrini’s ownership history gets murky for the years prior to the 1980s, you can be sure it is fake, he says.

That does nothing to deter those who want them. If anything, it adds pleasure to the pain of discovery. After all, the Bizzarrini 1900 Europa, a swooping study in la dolce vita, is like a sip of frosty limoncello on a sunny afternoon. The moment of seeing one for the first time will seep onto your memory like a tattoo. Serio recently uncovered a selection of period Bizzarrini photos for sale at a swap meet in Los Angeles. The seller wanted more than US$13,700 for them — just the photos.

There is an upside to all the trouble. Bizzarrinis are still much more affordable; for decades, the presence of that Corvette engine kept Bizzarrini values well below those of the equivalent Ferrari, Lamborghini, or Maserati cars because purists and collectors considered it sacrilegious to have American parts in Italian cars. Although Bizzarrini values began to increase in the late 2000s, with the greatest jump happening from late 2006 through the market crash toward the end of 2008, it was not until late 2013 that values began to rise in earnest, matching that of the rest of the exotic Italian collector-car market. They have risen steadily since.

Values are difficult to forecast because so few real Bizzarrini cars come to the public market; most trade via a whisper network of high-rolling collectors. The fakes that waft through from time to time contaminate that already delicate market, so when bona fide, above-reproach, authenticated examples are found, their prices skyrocket. In 2015, the Keno Brothers Fine Automobile Auctioneers set a record with a 1968 Bizzarrini 5300 Strada sold for just over US$1 million, including fees. Five years later, an authentic, good-condition GT 5300 Strada with an alloy body requires US$1.2 million to US$1.5 million to own, Serio says. And the asking price will be higher.

On the way up

Despite the dearth of official sale results, the rise in popularity of vintage racing and driving events such as the Colorado Grand, Mille Miglia, and California Mille — all requiring specific marques and early model cars for entry among their ultra-elite ranks-has fed the interest as well. In 2016, Pebble Beach Concours d’Elegance organisers featured them in a special class on the lawn of the 18th fairway at the exclusive golf course, spotlighting the owners and those who aspire to own such a rare car.

“At a small fraction of the value of a [Ferrari] GTO, there is plenty of room for further appreciation,” Klinger says. “The cars are likely to continue to gain fans.”

Even better, that once-lamented Corvette engine makes them easier and cheaper to repair than other rare exotics, both on vintage rally drives and at home. “It takes nothing to maintain them,” says Serio. Now, that is something you definitely cannot say for a Ferrari of the same vintage. —Bloomberg