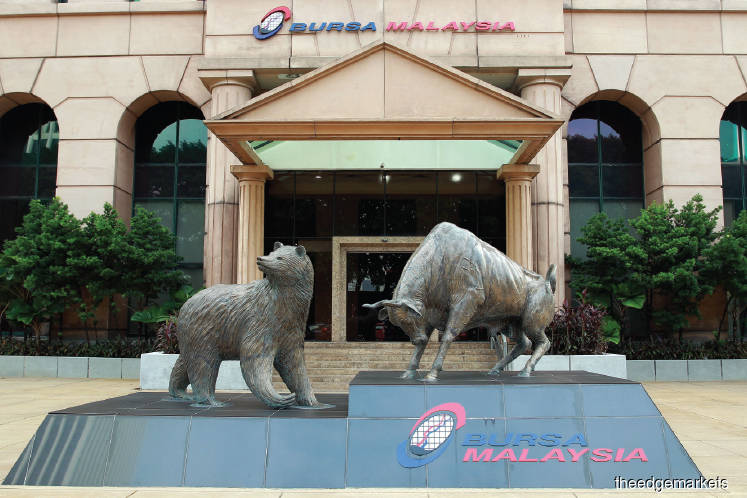 SIXTY percent of the stocks that made up the FBM KLCI as at end-2009 remain component stocks today. As such, there has not been that much change in terms of the benchmark’s constituents over the past decade.

The type of companies dominating the index remain much the same too — banks, plantation, oil and gas, gaming and consumer goods.

Over the past 10 years, some component stocks have delivered gargantuan returns and others, moderate or negative gains. Meanwhile, some have fallen off the list as they were taken private or removed.

Undoubtedly, the FBM KLCI’s top performer in the past decade has been Nestle (Malaysia) Bhd. Malaysians love Milo and Maggi, and this translated into gains of 345% for Nestle’s shareholders over the past decade as the stock surged from RM33.10 on Dec 31, 2009, to RM147.40 on Dec 24.

If dividends were added, a shareholder would have made returns of 513.9%.

Its share price surge can be attributed to consistent delivery of earnings growth to investors. Nestle’s net profit surged from RM391 million in its financial year ended Dec 31, 2010, to RM659 million in FY2018.

Former Nestle CEO Alois Hofbauer, who led the company from 2013 till his resignation in 2018, was instrumental in the company’s growth throughout the decade. It was under his leadership that Nestle found itself back on the FBM KLCI in 2017, thanks to its share price hitting record highs. It had been removed from the index in 2010.

Petronas Dagangan Bhd (PetDag) is another top performer during the decade just ended. The country’s largest petrol station network has over 1,000 stations and 725 Kedai Mesra nationwide. It delivered returns of 168%, with its share price surging from RM8.70 on Dec 31, 2019, to RM23.32 on Dec 24.

The group managed to keep its operations in line despite the volatility in oil prices.

It has worked hard on diversifying its non-fuel revenue, and aims to improve it to 30% by 2021. PetDag also embarked on the digitalisation route by aggressively promoting its e-payment platform, Setel.

The group recently announced the appointment of Azrul Osman Rani as its new managing director and CEO from Jan 1, 2020, taking over from Datuk Seri Syed Zainal Abidin Syed Mohd Tahir.

In 2011, the banking group completed its merger with EON Bank Group, which turned it into the fifth largest banking group in Malaysia.

It launched its wholly-owned commercial bank in Cambodia in 2013, and set up a representative office in Nanjing, China, in the same year. It was the first Malaysian bank to venture into China’s banking sector with the acquisition of a 20% stake in Bank of Chengdu Co Ltd in 2008.

Today, the group has a presence in Malaysia, Singapore, Cambodia, Vietnam, Hong Kong and China.

Like many banking groups, Hong Leong has accelerated its digitalisation strategy, launching its its new internet banking platform in 2014 and rolling out several other digital services. In its 2019 annual report, the bank said it now executes more than 100 million transactions every quarter and over 80% are done via the internet or mobile device.

A challenging period for a few

For some KLCI constituents, the decade proved to be a challenging one. CIMB Group Holdings Bhd, which saw a 119% increase in its share price from RM5.85 on Jan 1, 2009, to RM12.84 on Dec 31 during the same year, has struggled to return to such levels in the past decade.

The banking group has had to weather some tough times. It saw the departure of Datuk Seri Nazir Razak, said to be the driving force behind it, as CEO in 2014 and as chairman in 2018.

In 2015, the banking group made the headlines as one of the three parties in the failed mega merger with RHB Capital Bhd and Malaysia Building Society Bhd.

It has also had to make hefty provisions, in particular for its Indonesian banking operations. However, the group has managed to stay profitable despite the headwinds it faced.

Moving ahead, CIMB has launched its Forward 23 five-year business plan, which, according to group CEO Tengku Datuk Seri Zafrul Aziz, will see the country’s second largest banking group scale and accelerate growth in Malaysia and Indonesia; reposition and grow in Thailand, Singapore and Cambodia, and incubate and invest in Vietnam and the Philippines, apart from going into new ventures.

Things were equally tough for British American Tobacco (Malaysia) Bhd (BAT). The stock was excluded from the FBM KLCI list in 2017 as it struggled to keep up with the rapid growth of the illicit tobacco trade that gnawed at its earnings.

The group closed down its iconic manufacturing plant in Virginia Park, Petaling Jaya, on June 22, 2017 after 55 years of operation. It was such a well-known landmark that the roundabout beside the factory was known as the Rothmans roundabout.

This year, the group announced plans to lay off 20% of its workforce in Malaysia as a result of the illicit tobacco trade, price increase due to the sales and service tax, and rapid rise of illegal vaping products.

In 2018, Telekom Malaysia Bhd lost RM13.7 billion of its market capitalisation year-to-date. Its share price fell from RM5 a day before the historic May 9 general election to RM2.64 on Dec 31 the same year. Telekom was largely impacted by the new Pakatan Harapan government’s push for broadband at double the speed, but half the price. It was subsequently removed as a KLCI constituent in December 2018.

Other KLCI stocks that have seen a drop in their share price over the past decade include banking group AMMB Holdings Bhd, which fell 22% to RM3.90, and Genting Bhd, which declined 18% to RM6.04.

In 2010, tycoon T Ananda Krishnan delisted two of his companies, which were then KLCI constituents — Tanjong PLC and Astro All-Asia Networks plc. Tanjong was taken private at RM21.80 per share or RM4.7 billion in total, and Astro at RM4.30 a share, or RM8.5 billion cash. Astro made its return to the stock market as Astro Malaysia Holdings Bhd in 2012.

In 2011, Ananda relisted oil and gas outfit Bumi Armada Bhd with RM2.7 billion raised from its initial public offering (IPO). Bumi Armada was a KLCI component stock in 2011 and 2012, where it traded at around RM3.98 levels, before it exited the list in 2013. Challenges in the oil and gas sector have caused the global floating production storage and offloading player to lose 87% of its market value since 2012. It closed at 51 sen on Dec 24, 2019.

Plus Expressways Bhd, which was also a KLCI component, was delisted in 2011 in a RM23 billion takeover bid by UEM Group and the Employees Provident Fund.

In 2012, the listings of Felda Global Ventures Holdings Bhd (FGV), IHH Healthcare Bhd and Astro raised a total of RM20.8 billion and earned the distinction of being ranked among the top 10 IPOs globally for that year. However, only IHH remains a KLCI constituent today. Since its listing, IHH shares have appreciated by 66% to close at RM5.60 on Dec 24.

Entrepreneurial-driven companies that have made it to the KLCI include Press Metal Aluminium Holdings Bhd in 2017 and two of the country’s top four glovemakers — Top Glove Corp Bhd and Hartalega Holdings Bhd — which became constituents in 2018.